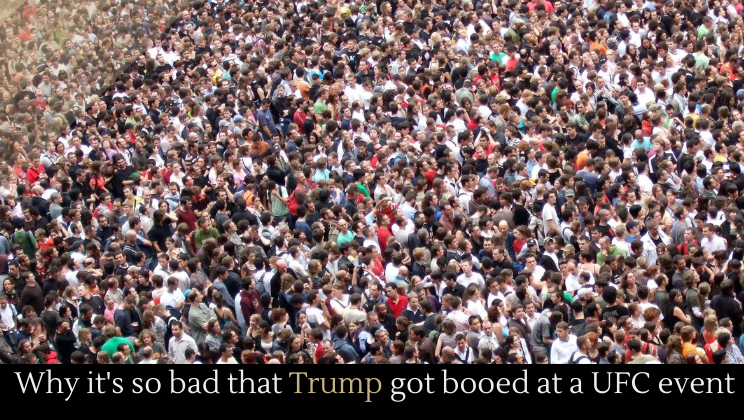 President Trump attended a UFC event, only to be met with boos and jeers. A few cheered, but the majority were not as kind, and people tweeted out the booing. According to a political scientist, this is potentially bad news for Trump––this should be Trump’s crowd, so this might be a sign that Trump’s base is turning on him.