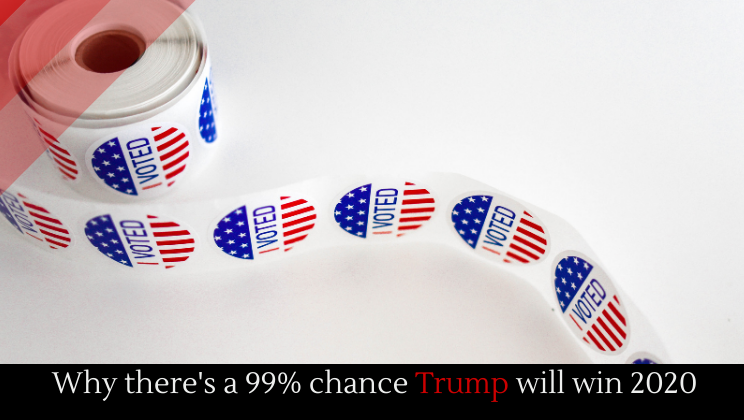 Calling the Trump campaign a dumpster fire is putting the situation mildly. Trump and his people are basically openly corrupt, they’re nepotistic, they’re incompetent, and they’re undignified. When they’re not too busy crapping the bed, they manage to do just enough right to please their base. And that’s where they have the Democrats beat, and why the Democrats almost certainly won’t win in 2020.

This isn’t a prediction I want to make, by the way. It’s not what I’m hoping will happen. But, based on every piece of news I see, it’s what I know will happen. Why? Quite simply because the Democrats are not longer a unified party, they’re two parties: the moderates and the progressives.

Let’s pause for a quick second to talk about why we have a two party system. America wasn’t designed for a two party system, rather, it evolved that system because it was most efficient. One big unified party that gets 40% of the vote beats out two separate parties that each get 30%––it’s simple arithmetic. If those two parties can join and get 60% of the vote, then they win.

The problem the Dems are having right now is that the progressives have become too ideologically extreme, so much so that voting for Trump seems somehow less crazy than voting for the most progressive Democrats. Stop and chew on that for a second.

Take, for example, this Common Dreams piece, celebrating a Nation article denouncing Joe Biden. Basically, this progressive publication is reposting the work of another progressive publication in order to scold the Democratic party. According to the pieces, one of the top Dem candidates is “unworthy” and just gets in the way of the real party goals. Except, here’s the thing, people love Joe Biden. Progressives, don’t, though.

And poor Nancy Pelosi, who seems to be the only named Dem who is, 1) not running for president, and 2) not a progressive goon––well, she’s just trying to hold the party together. And she also appears the only one to know how elections work. All the outrage in the world isn’t going to help, guys, if your base is split.

And while you may believe it, saying Trump is “threatening democracy” is only going to further isolate moderates. Salon, I’m looking at you. The farther the progressive wing of the party pushes, the more moderates are going to be isolated and the less willing they’re going to be to support candidates who have made absurd promises to the progressives.

But maybe we’ll all be spared. #giantmeteor2020.