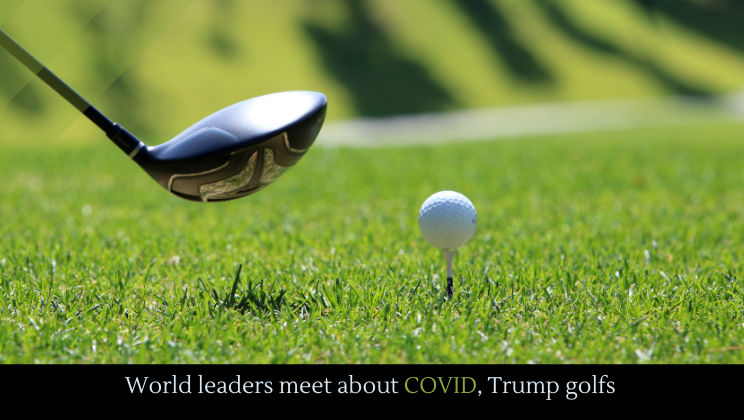 While members of the G20 were meeting to discuss how to address the COVID situation, Donald Trump went golfing.