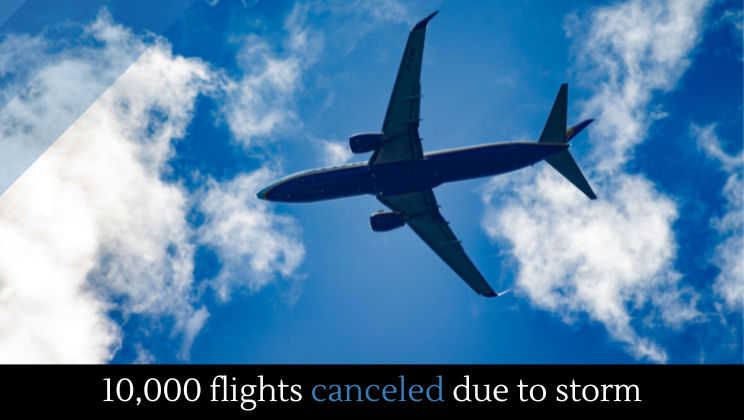 More than a million people are without power and 16 people (so far) have died as an arctic storm strikes the US. At least 10,000 flights were canceled on Saturday, Christmas eve..