16+ million Americans lost their jobs in the past weeks 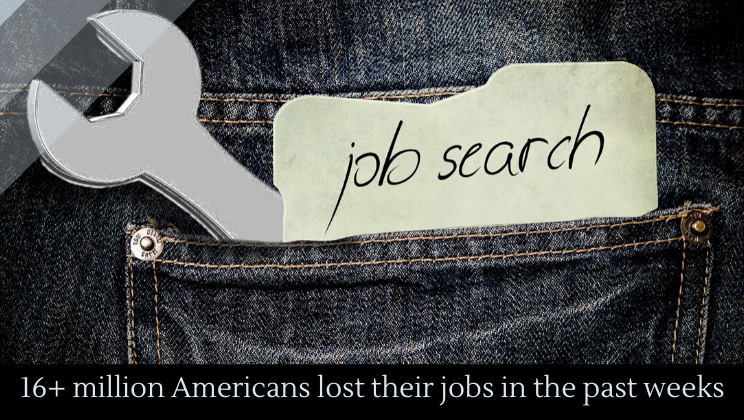 A shocking 16 million Americans have lost their jobs the past few weeks. That puts the unemployment rate at around 13%, according to the New York Times. For comparison, the Great Depression was around 25%.