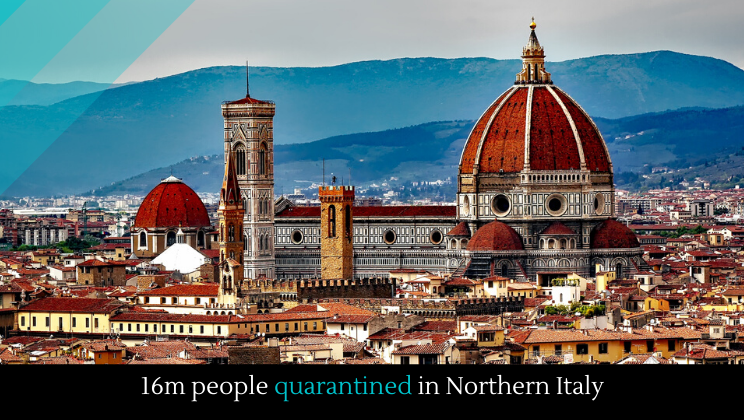 Italy has quarantined nearly 16 million people in an effort to slow the spread of the novel coronavirus. The number of coronavirus cases has risen in Europe, with some 41 deaths in Italy in the last day and nine total deaths in France, with a total of nearly 600 cases.

Meanwhile, the virus is making its way through the U.S. Washington State has the dubious honor of being the first U.S. state with a coronavirus death. The City of Austin has canceled the massive, international music and technology festival called South By Southwest (SXSW).