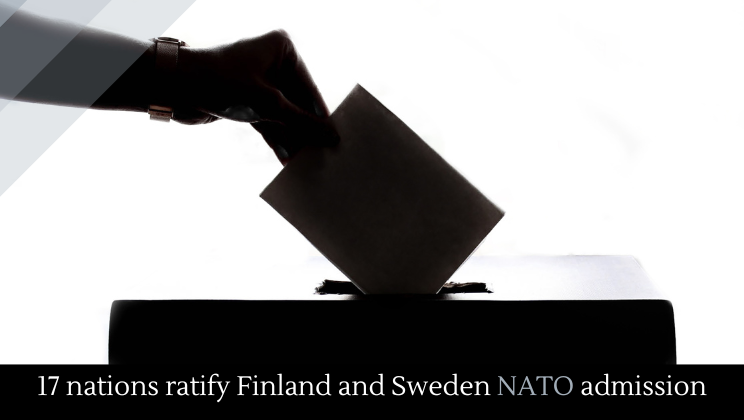 A total of 17 nations have ratified Finland and Sweden’s NATO ascension protocols. Canada, Denmark, and Britain were the first to ratify the Scandinavian countries for membership in NATO.

Sweden and Finland are set to sign the protocol for ascension to NATO membership. The historically-neutral nations were formally been invited to join NATO after Turkey dropped its objection.