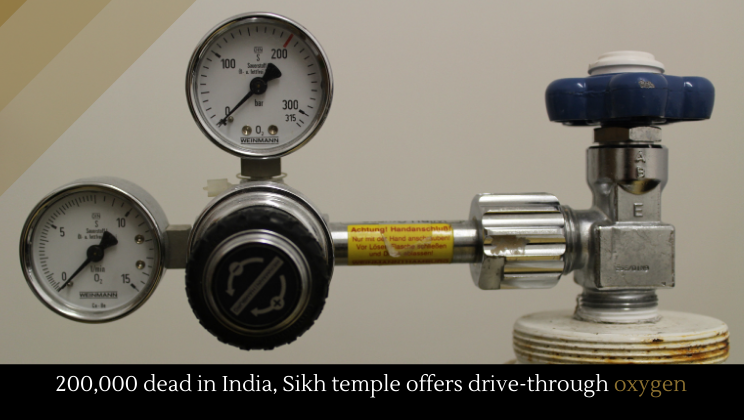 India’s death toll has topped 200,000 as the virus continues to ravage the country, pushing the health care system past the breaking point. It has gotten so bad that a Sikh temple opened a drive-through oxygen service. More than a thousand people have already used the service.

India is planning to allow the annual Amarnath pilgrimage, which may see as many as 600,000 pilgrims, despite being the midst of an unprecedented COVID crisis, with cases surging well beyond the country’s capability. In the penultimate week of April, India saw 341,000 COVID cases in a single day. The spike in cases is partly due to some of the new variants spreading around the world––but the spike also raises concerns about new variants emerging in the country more than one billion people. Should too many new variants emerge, the spike could get worse elsewhere. What’s worse, if the variants bypass the vaccine then we could be set back to zero.