2010s were hottest decade on record 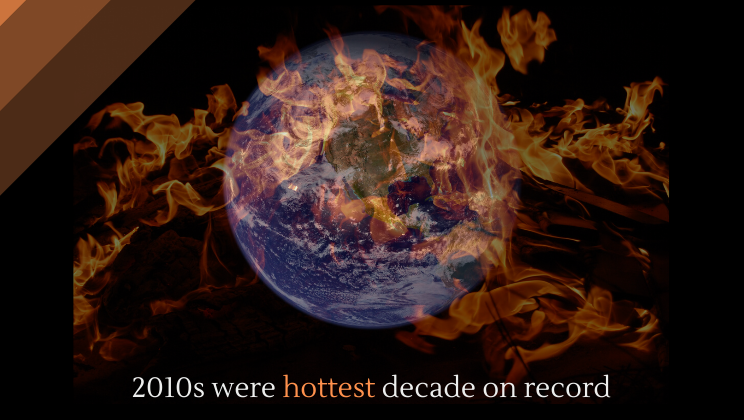 The 2010s were the hottest decade on record, with eight of the ten hottest years ever recorded. The year 2019 was the second hottest year since in the 140 years of keeping record.