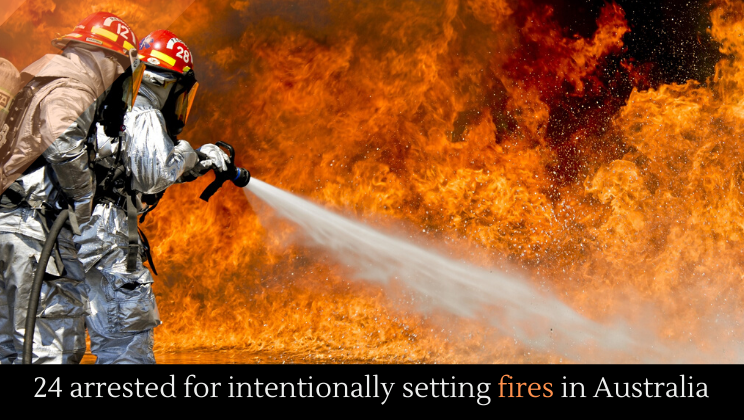 Twenty-four more people have been arrested for intentionally setting and failing to control fires in Australia, with more facing legal action for ignoring burn bans or throwing lit cigarettes or matches on the ground.

Earlier this week a South Australian man has been charged with starting four grass and scrub fires in the Kingston area, contributing to massive threat posed by fires all around the country.