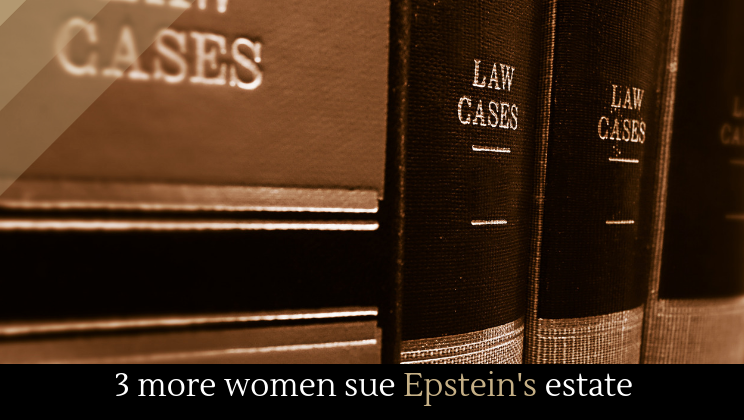 Epstein’s will, which he signed two days before his death, indicates that his estate is worth $577 million––not yet including his art, which needs to be appraised. (On the subject of his art, here’s a creepy fact: Epstein had a photorealistic mural painted of himself inside a prison). The victims who sue Epstein are fighting for that money.

Two woman have already announced lawsuits against Jeffrey Epstein’s estate for $100 million. They claim to have been recruited to give Mr. Epstein massages fifteen years ago. After being recruited, they claim Mr. Epstein sexually assaulted them in his mansion. This is at least the second such lawsuit against the estate.

Weeks later, lawyers announced that there will be a whopping one-million pages of evidence. Weeks after that, Virginia Giuffre claimed that Jeffrey Epstein, Ghislaine Maxwell, and a number of powerful men were all involved in a sex trafficking ring that ensnared her. The men include former New Mexico Gov. Bill Richardson, Britain’s Prince Andrew, Glenn Dublin, former Senator George Mitchell, former MIT scientist Marvin Minsky, modeling agent Jean-Luc Brunel, as well as other international political leaders.