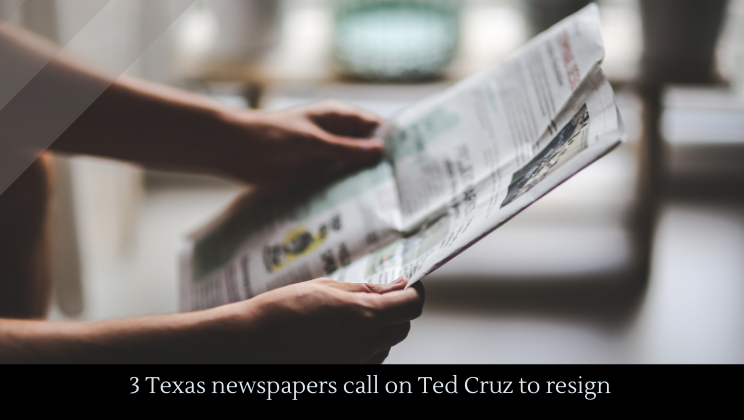 Newspapers from Houston, San Antonio, and El Paso have all called on Senator Ted Cruz to resign. The El Paso Times editorial board wrote that it knew Cruz wouldn’t resign, but it nevertheless resignation was the right thing to do.  In the immortal words of Al Franken, “Here’s the thing you have to understand about Ted Cruz. I like Ted Cruz more than most of my other colleagues like Ted Cruz. And I hate Ted Cruz.”