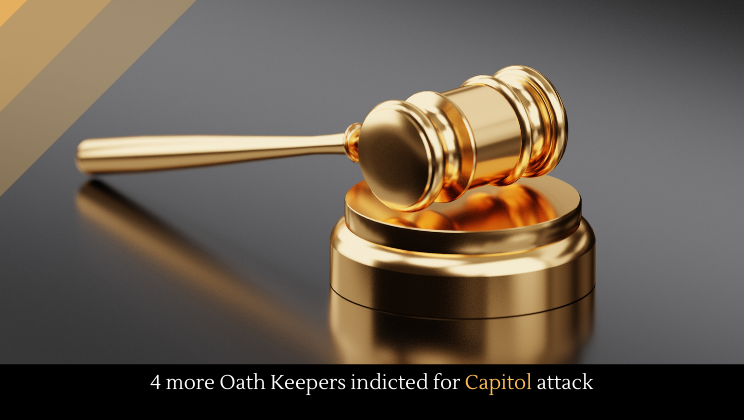 Four more Oath Keepers have been indicted for participating in the Capitol storming. According to the charges, the Oath Keepers were hoping that 2.

The alleged leader of the paramilitary group the Oath Keepers was in contact with the Proud Boys and similar groups before the Capitol riots, according to a court filing.

Last week, four Proud Boys leaders in 4 states have been charged with involvement in the Capitol riots, part of a federal crackdown on the group. Now, those four leaders have been indicted on conspiracy charges.