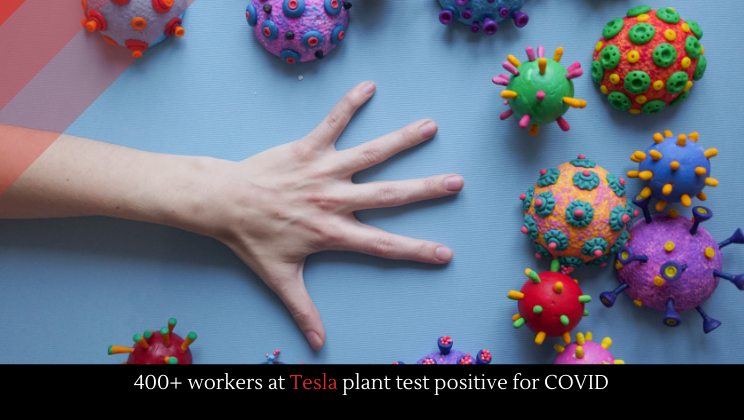 More than 400 Tesla employees tested positive for COVID between May and December of last year, when Elon Musk reopened despite the grave health concerns.

Back in May, Elon Musk vowed to reopen his Alameda, CA factory despite a statewide lockdown. He has also threatened to move Tesla to Texas, drawing the ire of California politicians, one of whom tweeted “F*ck Elon Musk.”

Elon Musk got back to his manic antics last week. He tweeted Friday that shares of his company, Tesla, were too high. As a result, they plummeted some 12%. He also tweeted that he would “own no house” nor any possessions. He’s now selling his house.

The case is growing that Musk might be manic depressive, as he seems to lash out on Twitter in destructive ways during what seem like manic episodes. The evidence:

During the Thailand cave incident, Musk dramatically sent a (useless) submarine to Thailand to save those kids trapped in a cave. When one of the cave divers who helped rescue that trapped Thai soccer team criticized Elon Musk’s tiny submarine plan, Musk fired off a tweet calling one of the him a pedophile.Although the diver sued him, Elon Muck was found not liable for defaming the British cave explorer he called a pedophile.

Then he claimed––allegedly while on acid––that he was considering taking Tesla private. Stocks soared, then plummeted after the fallout. And then again after a disastrous Times interview. Musk once more took to twitter to call the diver a pedophile––even though the diver was already suing him.

He also promised to save Flint, Michigan––which meant throwing money at the problem. The benefit of all this mania is that it helps Musk keeps a smokescreen up, obscuring Tesla’s precarious position and limited profitability.