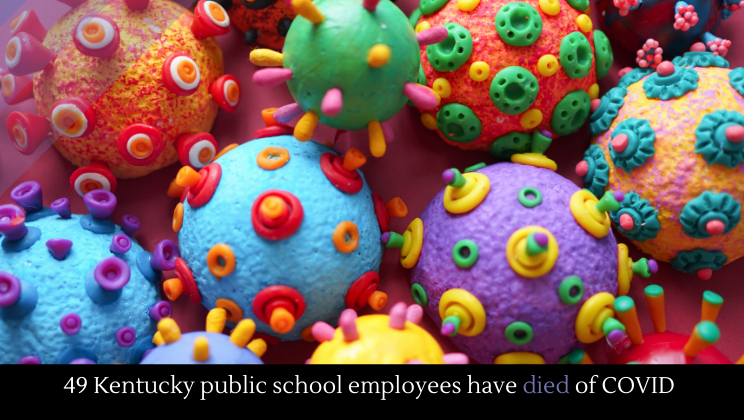 Forty-nine employees of Kentucky public schools have died of COVID, the most recent a 46-year-old woman. The COVID death toll in the United States has reached 700,000.

Canadian psychologists tracking pandemic anxiety since March 2020 report that higher levels of anxiety persists, even though life is returning to normal. Partly responsible: continued news of rising COVID cases. The rate of daily COVID deaths has climbed to the highest levels since March. It is timely, therefore, that the FDA has authorized booster shots for people over 65 and those at high-risk of severe COVID.