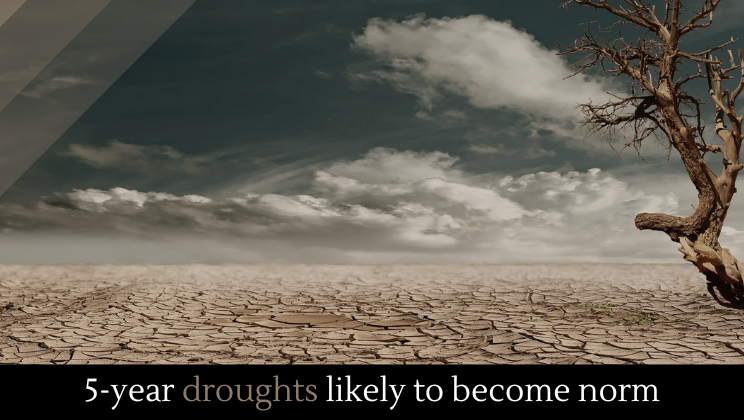 Five-year droughts are likely to become the norm, unless we take drastic, global action to curb climate change.