54% of Americans want Trump impeached, as do 12+ editorial boards 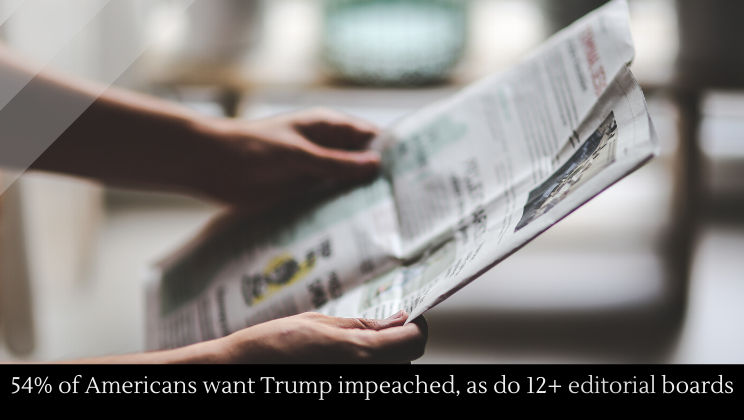 Despite Lindsey Graham’s promise to be a partial juror (contrary to his, you know, oath of office), the impeachment odds are beginning to stack up against Trump. According to a Fox News poll, 54% of Americans want Trump impeached. What’s more, over a dozen editorial boards support impeachment and removal from office.

That it was a Fox News poll that shows turning tides is significant. Last week, Fox News host Chris Wallace has declared war on Trump. That’s only because he thinks that Trump declared war on him, first.