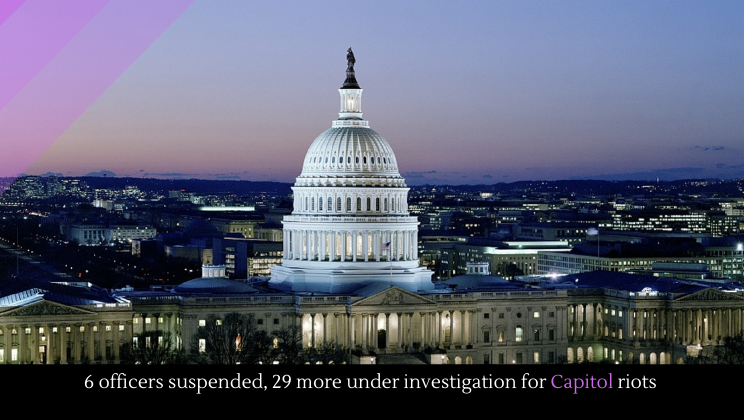 Among the other ding-dongs arrested:a 22-year-old Pennsylvania woman, allegedly one of the Capitol rioters, planned to steal a laptop from Nancy Pelosi’s office and then sell it to Russian Intelligence. The Confederate Flag man photographed at the Capitol has been arrested, as well as the man who threw a fire extinguisher at police.