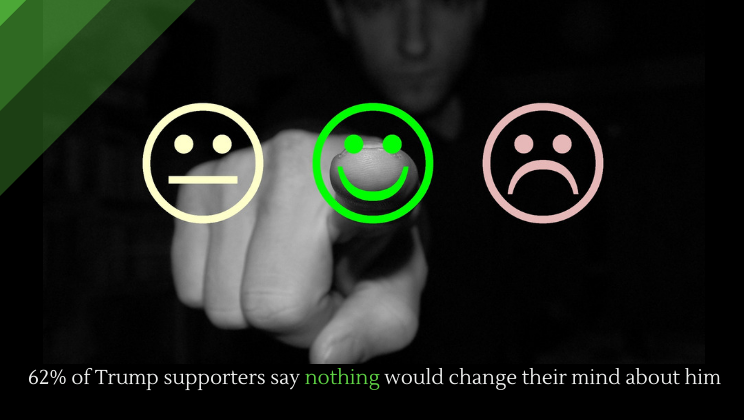 A recent poll reveals that 62% of 401 people who approve of Donald Trump say that they couldn’t think of a single thing he could do that would cause him to change their mind about him.

The author’s point is confusing and not particularly well made, but what’s worse is the tone. The piece makes it seem as though white evangelicals are crazy, and that their support of Trump is blind and illogical. But evangelicals have a reason to support Trump––the author simply didn’t do the research to find out what that might be. The New York Times did a better job, suggesting that evangelicals felt attacked during the Obama administration.

But again, the New York Times fell into the same trap, treating Trump supporters like crazy people. But they’re not crazy, they’re people with firm beliefs that you may not understand. There is an internal logic to those beliefs. Instead of reading about why evangelicals are crazy, try talking to some and sincerely trying to understand their point of view.