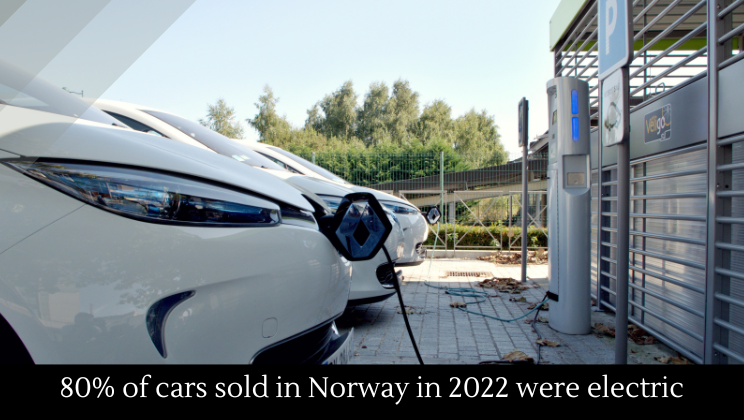 Electric vehicles account for 80% of all cars sold in Norway in 2022, thanks to huge incentives by the government.

Thousands of records have been shattered as Europe experiences an unusually warm summer. At the same time, an arctic storm left more than a million people without power and 1nearly a score dead.  At least 10,000 flights were canceled on Saturday, Christmas eve..