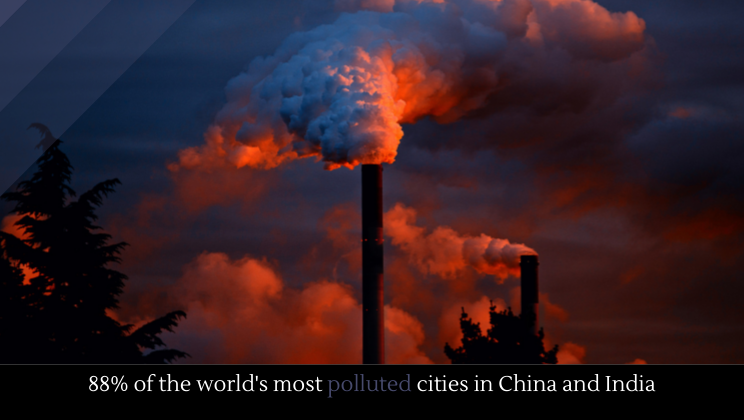 India has 46 of the world’s most polluted cities, while China has 42. It is no coincidence, then, that India forced the COP26 climate deal to change its language on reducing coal emissions, replacing the phrase “phase out” with the more milder “phase down.”