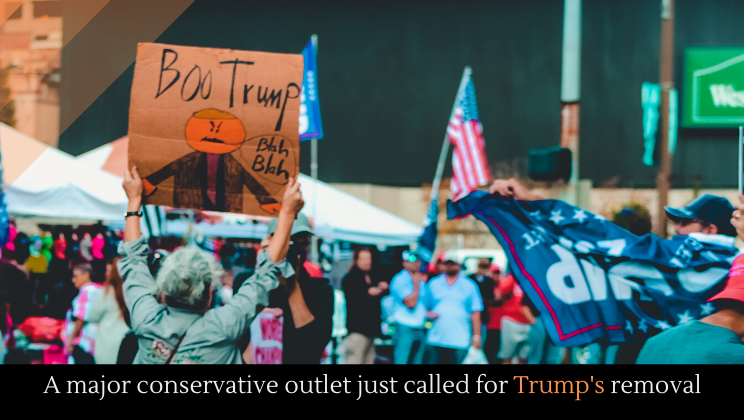 A senior editor at National Review, a popular conservative outlet, just called for Trump’s removal from office. Are things beginning to unravel for Trump?

A few days ago, Christianity Today released a surprising article calling for Trump’s removal. They struck a fair tone, but ultimately made a clear point: