Why our addiction to social media is a religious problem 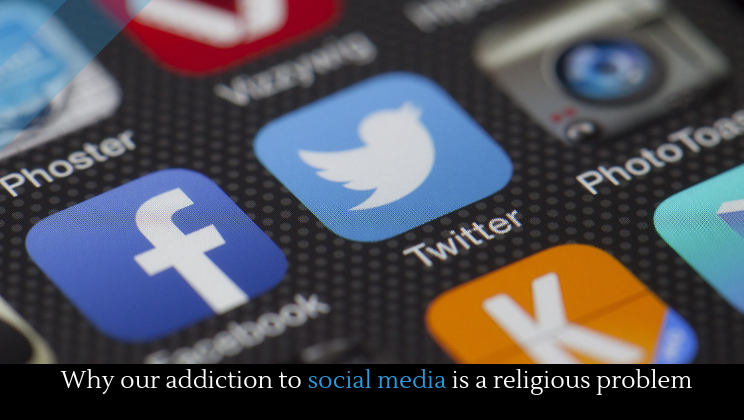 So what is a religious problem? For that matter, what is religion? In this case, I’m going to use the definition of religion articulated by Emile Durkheim, a founder of sociology and the field of religious studies. According to the Durkheim, religion comes from human society––indeed, religion is human society. In other words, all of the ways that society shapes us and guides our lives, that’s religion, according to Durkheim.

How does that help us understand our relationship with social media? Well, Durkheim says that social force is powerful, important, and authoritative––in other words, religious. Social media, and particularly Facebook, is rewiring our society. If our society changes, our “religion” changes. Again, religion doesn’t mean Hindu or Christian or Buddhist. Rather, it means the social forces that impact us as a civilization. What do those forces look like?

In short, these religious/social forces are the ways that we make sense of an immensely complicated social world. They’re categories that we use to organize the chaos around us into order, things like gender, race, and socioeconomic class. These forces help us determine who’s “us”––our allies, our friends, and our protectors––and who’s “them”––our enemies, our rivals, and our predators.

Facebook, Tumblr, Twitter, etc., are all short-circuiting those categories. That may not be a bad thing. Maybe some categories need to be busted wide open. The #MeToo movement, for example, exposed some pretty bad trappings of the gender binary (and this isn’t even to mention the movement trying to eliminate the gender binary altogether), and it taught us that we need to think about some of those categories. But is social media the best way to affect change? It’s certainly a way, but is it the best way? It’s too soon to tell the impact of #MeToo, but it’s fairly clear that it’s a mixed bag, whether because the #MeToo movement swung too far and scared people off or because the countermovement is going to cause serious problems.

A recent study found that quitting Facebook had some pretty immediate benefits to your life, one of which was decreased partisan fever. That’s because Facebook short-circuits another aspect of living in society––it creates an artificially homogenous community with absolutely no checks or balances. Communities, according to Durkheim, have social––that is, religious––force. Communities want to understand and interact with that invisible, anonymous force and so they give it a concrete body. That’s called a totem. The totem’s meaning is both independent of and dependent on the society that produces it. Donald Trump is such a totem.