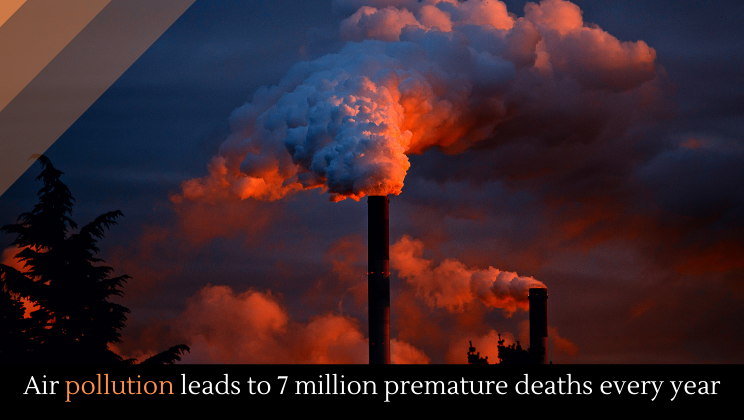 The WHO said that air pollution is among the biggest environmental health threats, leading to 7 million premature deaths every year.