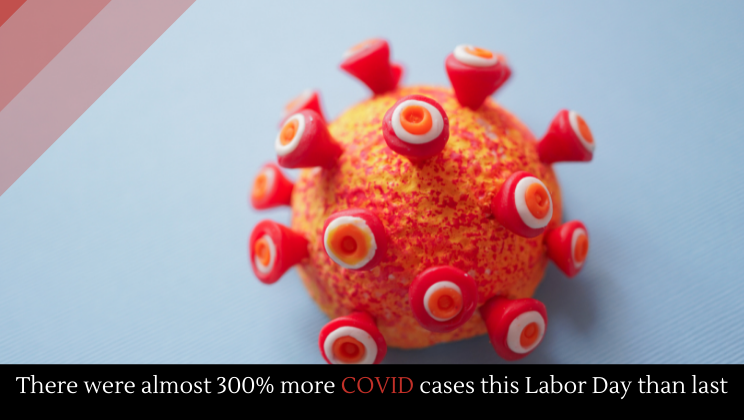 There were nearly 300% more COVID cases this Labor Day than last––a sign of both the transmissibility of the Delta variant and number of Americans who remain unvaccinated. The US has hit a new COVID milestones: 40 million cases. And the Delta variant is only just warming up––the former commissioner of the FDA has said that we haven’t seen the real Delta surge yet. It will come, he suggests, after Labor Day travelers spread the variant.