Almost 95% of Americans in favor of police reform 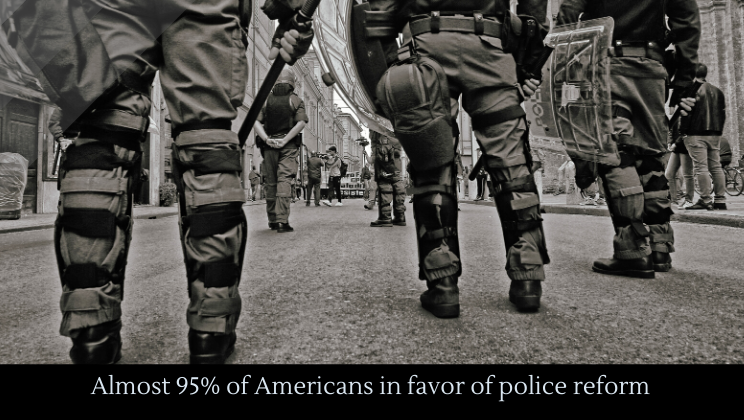 According to a Gallup poll, almost every American is in favor of some level of police reform. While the percentages of people who think there needs to be major reform versus those who think the reforms should be minor, very few say no change is needed.

Seattle has joined the growing movement to defund the police. City leaders have supported a plan to defund the police by 50%. Seattle’s largest labor coalition has booted the Seattle police union from its ranks, citing the force’s unwillingness to confront internal racism.