Most Americans want Congress to override the veto, but they won’t 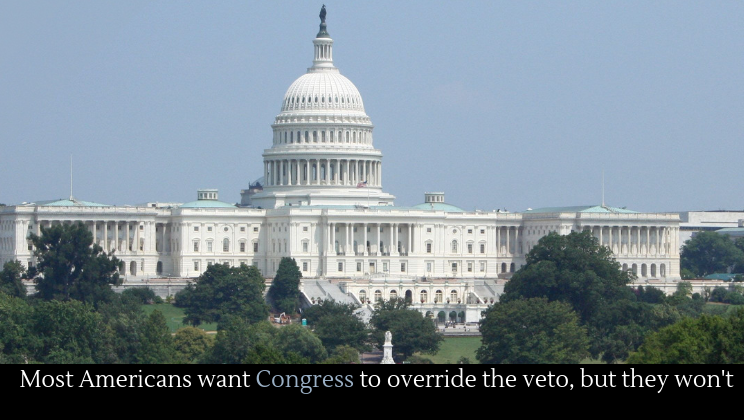 Trump almost immediately tweeted his intent to veto: “I look forward to VETOING the just passed Democrat inspired Resolution which would OPEN BORDERS while increasing Crime, Drugs, and Trafficking in our Country. I thank all of the Strong Republicans who voted to support Border Security and our desperately needed WALL!” True to his threat, he vetoed the bill.

Quick government lesson, for those who need a refresher. When the president vetoes a law, Congress can actually vote to override that veto and enact the law. That’s so that the president doesn’t have too much power. But in order to prevent the Congress from being so powerful that it can continually override presidential vetoes, the Constitution dictates that Congress needs a 2/3 majority vote to override a veto.

So maybe you can see the issue. The Senate only has 59 votes right now––it is highly unlikely that they would get the eight additional votes needed to tip the balance towards an override. This is unfortunate because the majority of Americans actually support the override.