Most Americans want USPS to be run like a public service, not a business 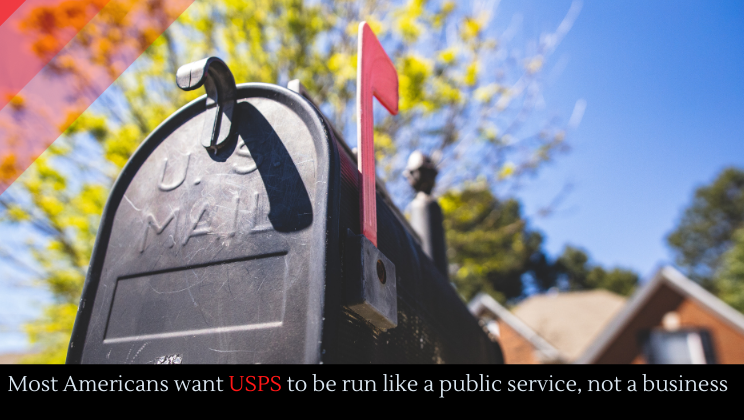 Americans support running the post office like a public service instead of like a business at a rate of 2-to-1.  That likely won’t stop Trump and his supporters, who are attempting to dismantle the post office to steal the 2020 election. Internal documents show that the USPS is planning to remove nearly 700 high-speed sorting machines. The USPS is literally removing mailboxes in Oregon. Trump has openly admitted that he’s trying to limit mail-in voting, citing his usual unsupported claims of voter fraud.  Louis DeJoy also sacked key Post Office officials and is threatening to cut spending dramatically, which would prove disastrous for the 2020 election. Postal service workers are supporting Biden.