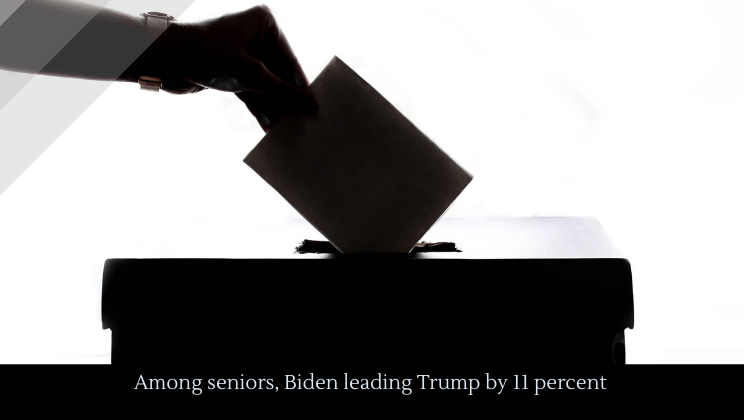 Joe Biden is leading Trump in polls of senior citizens, a bloc the Democratic Party hasn’t carried in decades. Biden is also rising in national polls. A Reuters/Ipsos poll has Biden 12 points ahead of Trump.