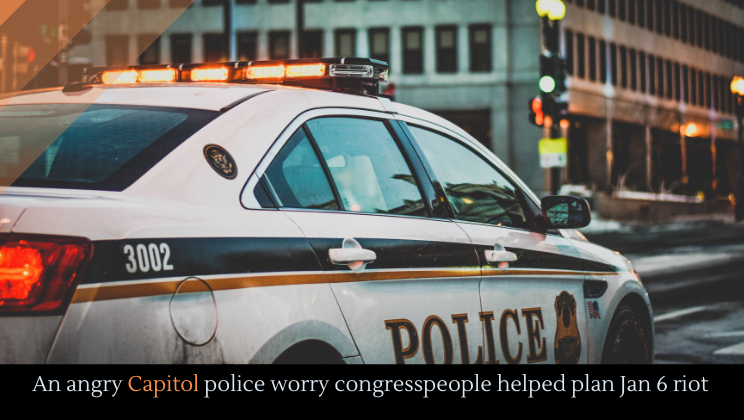 Frustrated members of the Capitol police, some of whom with a decade of experience, are expressing anger with congresspeople who can stoke the kind of flames that lead to the conflagration on January 6. Some even suspect members of Congress helped plan it.