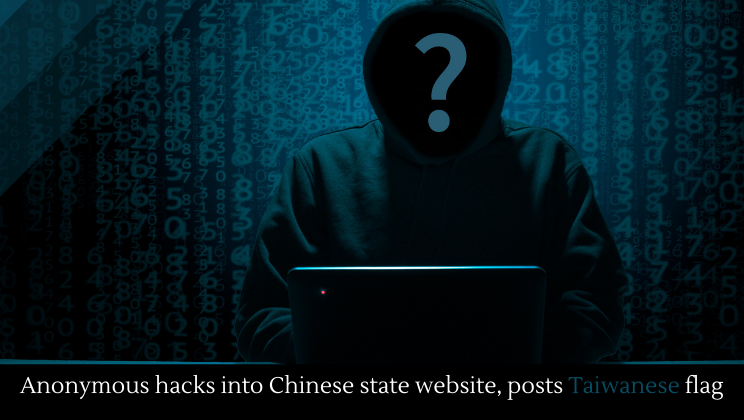 The group of online hack-tivists Anonymous has hacked into a Chinese government website and posted a picture of the Taiwanese flag. The move comes amid a series of protests. 20