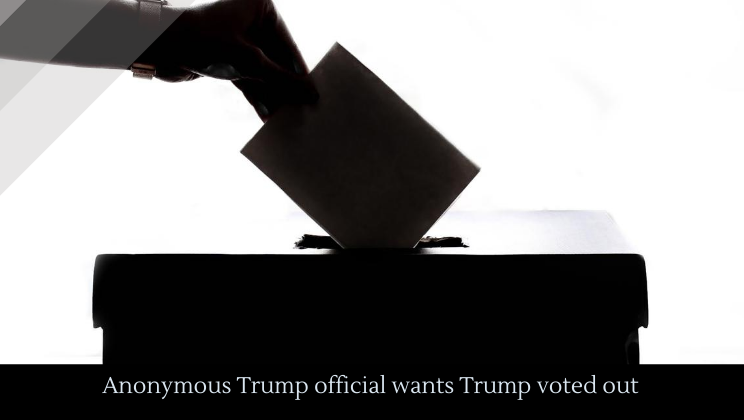 The anonymous Trump official who wrote a devastating op-ed against Trump has spoken up again, this time to encourage voters to get Trump out of office.