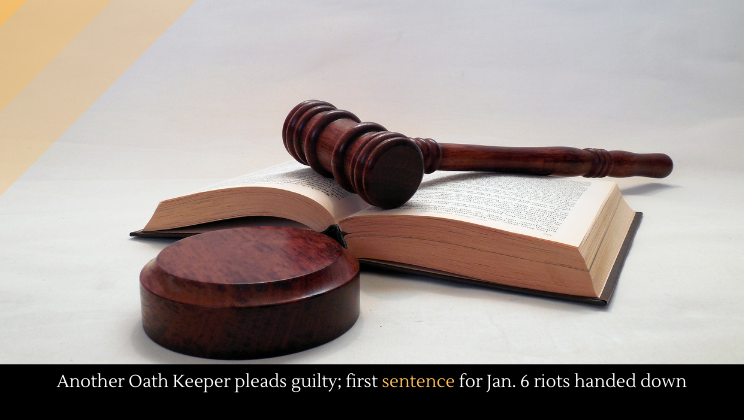 An Oath Keeper has pleaded guilty to conspiracy and obstruction of an official proceeding, making him the 14th member of the group charged in the Capitol riots. Meanwhile, a District Court judge sentenced an Indiana woman, Anna Morgan-Lloyd pleaded, to three years of probation, $500 in restitution and 40 hours of community service. The woman has apologized for her actions and claims to have educated herself by watching movies recommended by her attorney, including Schindler’s List” and “Just Mercy.”

As federal investigators continue to close in on those who stormed the Capitol during the January 6 riot/insurrection, those who were in Washington to support Trump but who did not necessarily “storm the Capitol” are having their lives turned inside out. Case in point: California’s Kristine Hostetter, a 4th grade teacher. Once so popular that parents vied to have their students put in her class, she is now at the center of a controversy involving former students, parents, and scholar administrators. The New York Times chronicles the argument, which centers around this question: was Hostetter’s presence at the Capitol a sign of radical politics––even racism?––that might spill into her classroom, or is her political life her own business?