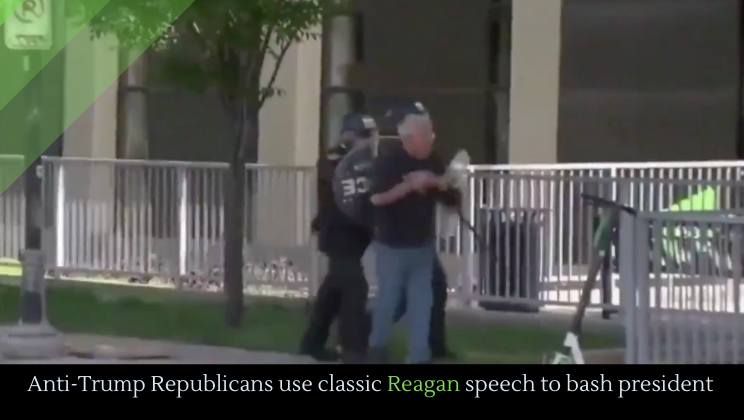 In the 1980s, Ronald Reagan gave what has a become a classic, now called the City on a Hill speech. Modern day Republicans are turning that ad against Trump:

New ad: "Has Your Party Left You?" pic.twitter.com/AQl8wgzfWA

This is the latest in a series of brutal anti-Trump ads sponsored by his fellow Republicans. That ad, run by the Lincoln Project, a group of anti-Trump Republicans, is a real doozy . It’s entirely in Russian, and it attacks Trump’s apparent love for––and deference to––Russia’s president, Vladimir Putin.

The ad does seem to be onto something. According to former administration officials, Trump would become so enraged whenever Russia was mentioned that aides eventually stopped mentioning Russia altogether.

Trump is in trouble, and he’s starting to flounder. It’s so noticeable that people are starting worry about how he might react if his poll numbers keep dropping.  Some critics thing Trump is preemptively blaming foreign countries for his 2020 loss. He’s also going nuts about voting by mail, because he says it will lead to fraud, but really he know it means he will lose. Other observers––Republican operatives––think Trump might just quit rather than lose, which would effectively screw the GOP. The anti-Trump Republicans would certainly love it, though.