Apparently the Capitol riots could have been way more violent 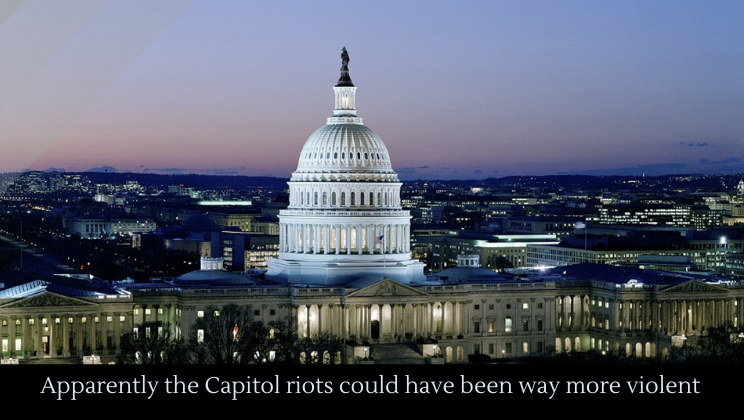 As shocking as it might sound, the nation is apparently lucky after the January 6 Capitol riots. Police found a variety of indications near by that could have been used to cause real mayhem, including an Alabama man with 11 molotov cocktails and a number of firearms. He has been arrested, along with a slew of rioters who invaded the Capitol on January 6 have been arrested. Among them: an Arkansas man who had his foot on Nancy Pelosi’s desk in a now infamous photo; a Florida Man who was seen carrying Pelosi’s lectern; and the Arizona man known as the QAnon Shaman.

A mob of right-wing rioters stormed and briefly occupied the U.S. Capitol following a rally in which Donald Trump once more claimed to have been the victim of a rigged election. Six of those rioters were were Republican lawmakers, meaning six Republican lawmakers were part of an insurrection against the United States of America. Let that sink in for a moment. What’s worse, they don’t even see anything wrong with that. Time will tell if they will also be arrested.