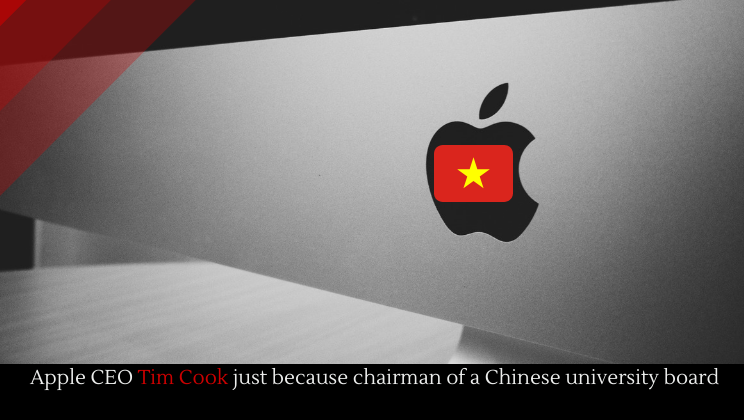 Just days after Apple was criticized for apparently bowing to Chinese political demands, Tsinghua University in Beijing, China announced that Tim Cook would be chairman of the Advisory Board of the School of Economics and Management (SEM).

Although some may hail Cook’s partnership with the Chinese university as a sign of closer economic ties, which will lead to closer political ties, we must be weary. Our close ties with China for the past decades have done nothing to change Chinese policies that violate the civil and human rights of its own people. It’s time the world stop looking the other way with China’s egregious civil rights violations against its own people. It’s time the world stops allowing China to dictate other nations’ foreign policy by throwing around its economic weight. It’s time to stop doing business with China altogether.