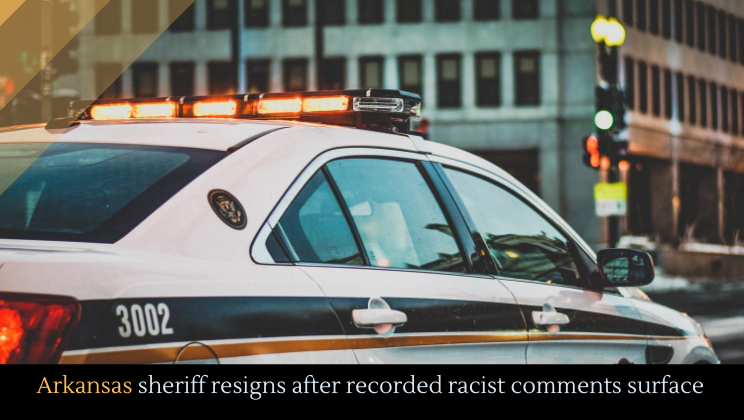 Arkansas County Sheriff Todd Wright has resigned after a recording circulated on facebook of Wright using racial slurs to describe a Piggly Wiggly employee. Wright says he is not a racist, and only used those words in the heat of the moment.

According to a report by a former FBI agent, white supremacist groups and militias have infiltrated police in every region of the country, and in such states as Alabama, California, Connecticut, Florida, Illinois, Louisiana, Michigan, Nebraska, Oklahoma, Oregon, Texas, Virginia, Washington and West Virginia.

This might help explain why a black police officer from Greensboro, North Carolina after he made series of viral TikTok video speaking against systemic racism following the murder of George Floyd. The Greensboro police department claims that Officer Williams’s videos violated department policy, but there’s no way around it: this looks bad.

This is the latest in a series of of incidents revealing toxic aspects of police culture. Several active members of the San Jose police department have been accused of participating in a closed facebook group and sharing racist posts.

A Louisiana police officer who shot a teen in the back, for example, and then follow officers protected him.

Lori Pollock was supposed to be promoted to chief of detectives for the NYPD, but instead she was demoted to the head of the Office of Collaborative Policing. So she retired, citing a culture of gender bias permeating the department.  Which makes us continue to ponder the question, is police culture toxic? Having a secure, family-like environment in a tough job is definitely a good thing, but like any family, the police can become unhealthy. When officers start protecting brothers and sisters who cross a line, like the Louisiana police officer who shot a teen in the back, then it might be time to rethink things.