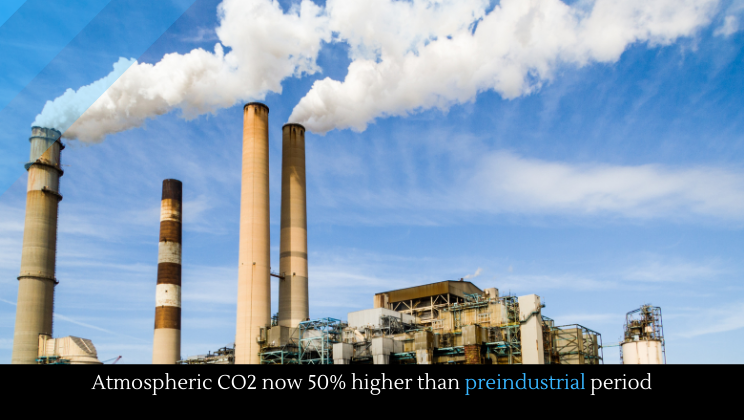 The National Oceanic and Atmospheric Administration has said that the levels of carbon dioxide in the air are now 50% higher than the preindustrial period.