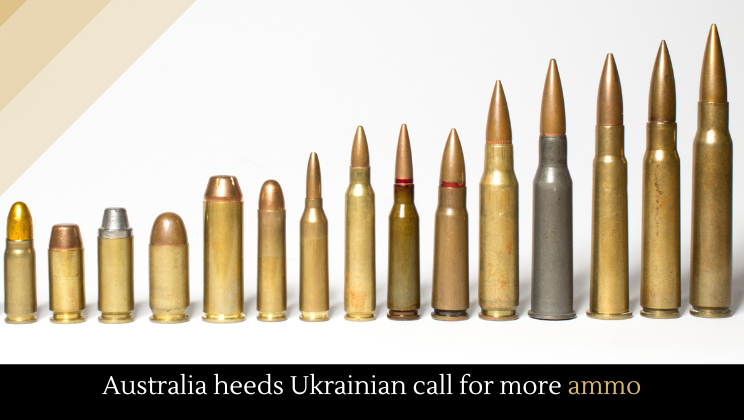 Australia is sending more ammunition to Ukraine, in response to Zelensky’s pleas.

Last week, Ukraine was reporting a shortage of ammunition, threatening to halt their defense against Russia. International governments have so far been generous with weapons. Poland has announced that it will sell $650m worth of heavy weapons, including self-propelled Howitzers, to Ukraine.