Australia is an unfolding climate catastrophe 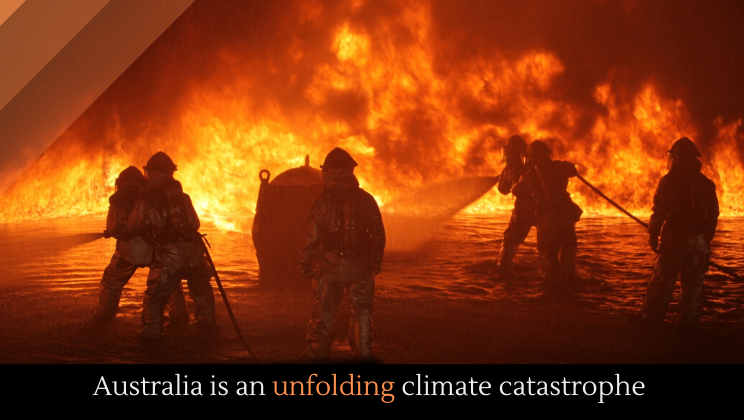 The scenes on-the-ground have compared to a war zone, half a billion animals have been killed, people are dying, and the long-term health impacts from the fires will unfold over the next decades. If there is any doubt that climate change is impacting the world, then hopefully this tragedy puts an end to it.