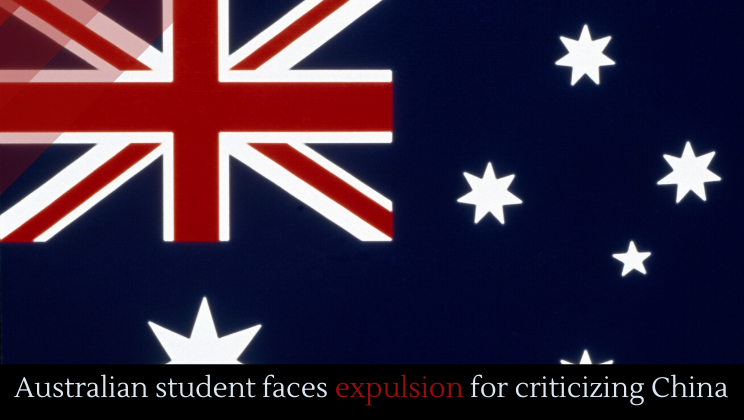 Time will tell if this student is expelled for totally valid criticisms.