Backlash grows as police use brutal methods to stop protests 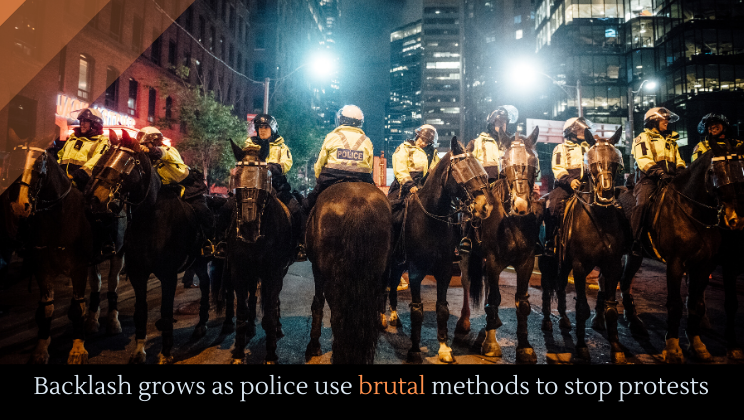