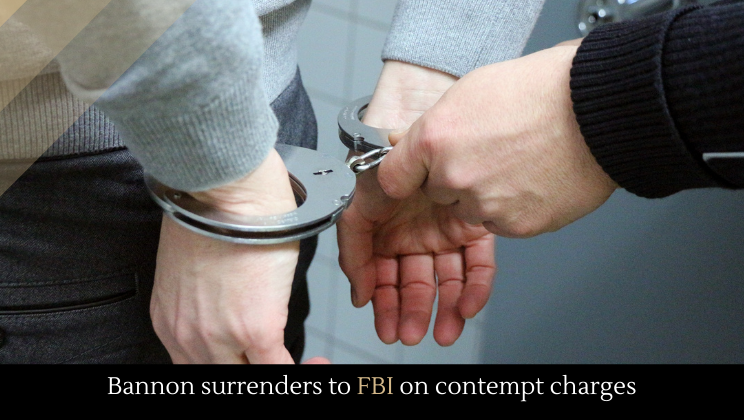 Steve Bannon surrendered to the FBI on contempt of Congress charges.