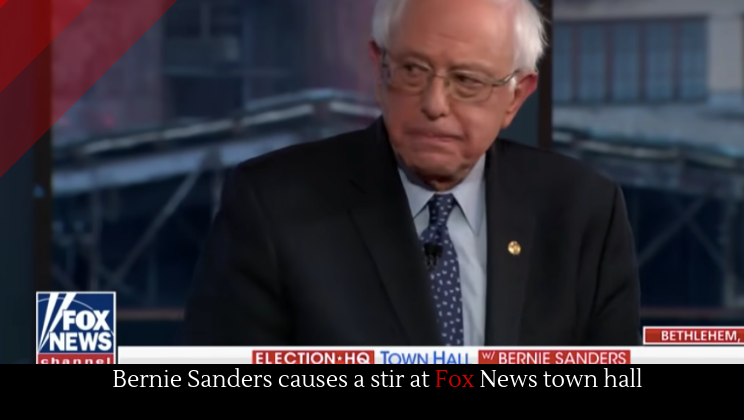 Earlier this week, Bernie Sanders appeared at a town hall meeting televised by Fox News. It was a bold move for the extremely liberal Sanders, who has long complained of unfair treatment by Fox News.

While most of the town hall will fade from memory, one moment has made waves. The moderator asked how many in the audience––which was made up of Republicans, Democrats, and Independents––would be in favor of Bernie Sanders’s health care for all plans. The audience didn’t just raise their hands––they went nuts.

The town hall drew some 2.55 million viewers, the most of any town hall in the election cycle thus far.

Fox News is not exactly grateful for the attention, however. Perhaps Fox executives felt that Sanders embarrassed the network by reversing their anti-universal healthcare, anti-socialist stance. They attacked him and his positions the next day.

Fox executives weren’t the only ones annoyed by the Sanders town hall. President Trump took to Twitter to express his displeasure: “So weird to watch Crazy Bernie on @FoxNews. Not surprisingly, @BretBaier and the ‘audience’ was so smiley and nice.” Note the scare quotes around ‘audience;’ Trump implies here the the audience was fake. Bret Baier responded by inviting Trump to another town hall.