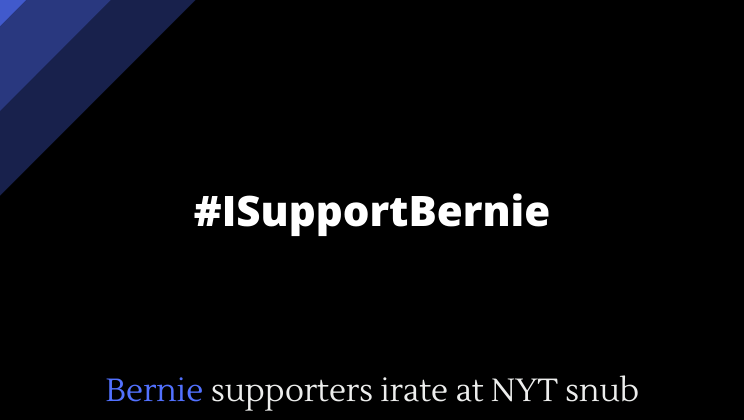 Although Bernie Sanders is surging in polls––and although he’s he’s currently leading a tight race in Iowa at 20% with Elizabeth Warren is behind him at 17% and Biden is in fourth at 15%––the New York Times did not rank him in their top four candidates. As a result, #IEndorseBernie is trending on social media.