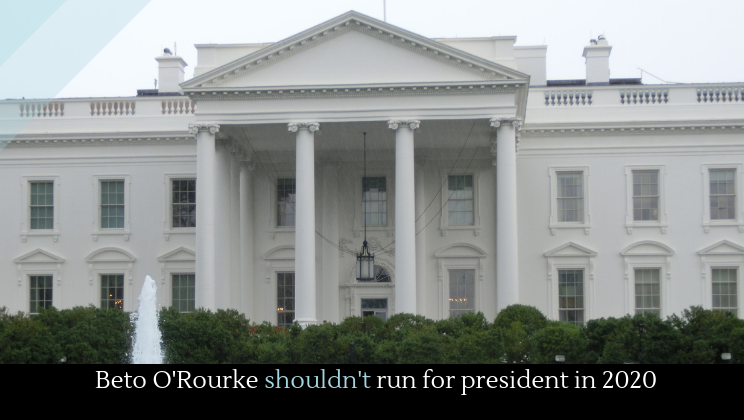 Beto O’Rourke ran a fantastic campaign for Texas state senator. He excited voters not only throughout the state, but also throughout the country. Although he didn’t win, he came closer than any Democrat in the state in over thirty years. After the defeat, O’Rourke said he would not run for president in 2020.

Things have changed, however. His team have been in talks with Obama era political operatives, Beto himself met with Obama, and he officially announced that he would not rule anything out.

CNN believes that Beto should run. The reason they give, however, is not particularly compelling: because he’s popular now and won’t be past 2020. Besides that lame reason, polls suggest that O’Rourke would be a contender for the nomination.

But there are to major issues with O’Rourke 2020.

First, he’s not inspiring––and that’s according to a Texas progressive! O’Rouke, according to that Washington Post piece, is just too middle of the road. He won’t capture progressives, and he’s going to remind everyone of Hilary Clitonesque politics. He presents like Bernie Sanders, but he reads like Clinton. It’s not a winning combination.

The second is more practical: O’Rourke lost in Texas. Trump’s attack on O’Rourke is ready-made: He’s a loser. It’s going to be hard to convince swing voters to cast their ballot for someone who didn’t win.