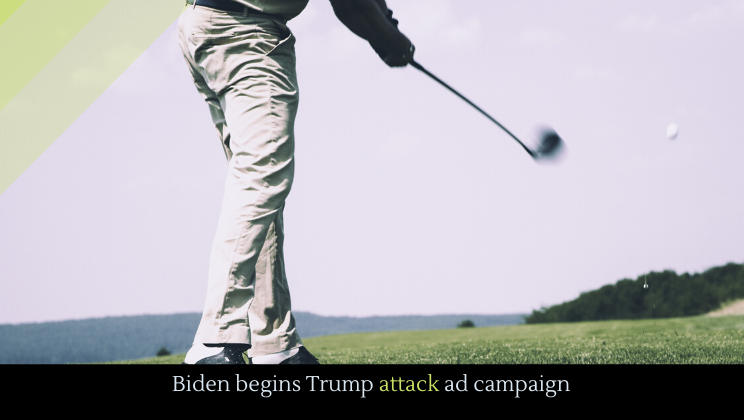 When Trump wasn’t president, but just some crackpot on twitter, he loved to criticize Obama for golfing, which Obama rarely did. Now that we’ve all entered the twilight zone and Trump is president, we’ve witnessed one of the greatest switcheroos of all time. Trump. Golfs. Constantly. His golf bill has cost the tax payer millions upon millions of dollars, and even now, as the death toll hit 100,000 Americans, Trump is golfing. And Biden is capitalizing on that, releasing an attack ad about Trump’s preference for golfing over leadership.

Donald Trump’s 2020 chances aren’t looking great. You don’t even have to look at polls to know, you can look at his behavior. The more he lashes out, especially at women, the worse he’s doing. Lately, he’s taken to retweeting sexism-laden taunts (including the word “skank”) towards Hillary Clinton (good lord, LET IT GO people, it was 4 years ago) and Nancy Pelosi.