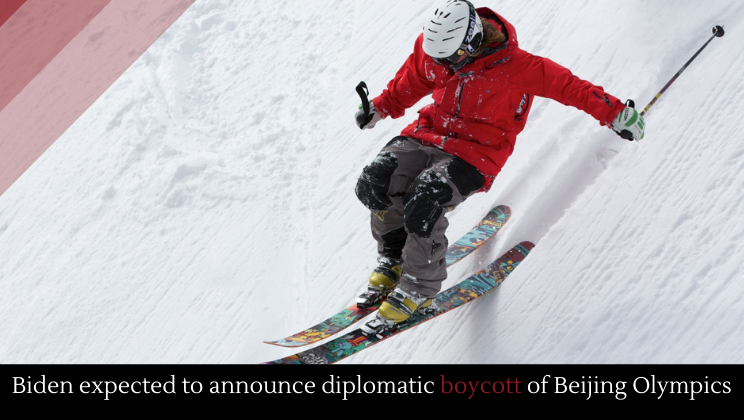 The Biden administration is expected to announce a diplomatic boycott of the Beijing Olympics, meaning that no government officials will attend the games but athletes still will.

Canada was, weeks ago, discussions with its closest partners to organize a diplomatic boycott of the Beijing Olympics.