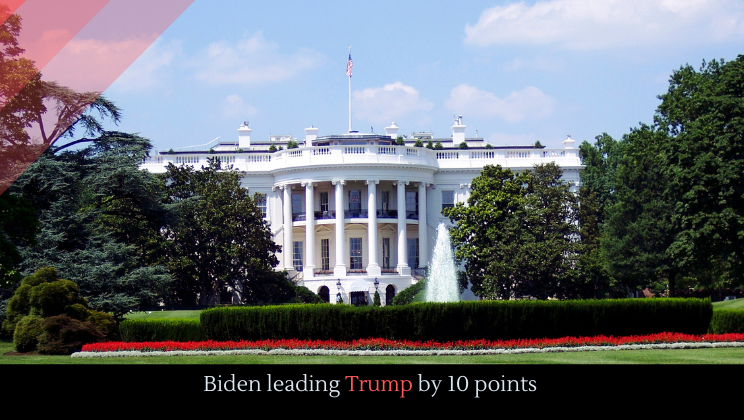 According to a recent nationwide poll, Joe Biden leads Donald Trump by ten points––52 to 42. But focusing on only one or two polls, or kinds of polls, can lead to serious miscalculations. Exhibit A: the 2016 presidential election. This election year, the media is being a lot more careful about diversifying the kinds of polls they cite. Instead of the blunt, “who will you vote for?” kind of toll, we’re starting to see polls digging into more nuanced issues. The latest polls suggest that voters are much more enthusiastic about voting for Biden than they were in March––48% say they’re very excited about voting for Biden. But Trump has him beat: 65% of Trump voters are very excited about him. Trump’s favorability ratings––that is, how people feel about Trump––are dropping slowly but steadily.