Biden has a narrow lead in Georgia, a red state since ’92 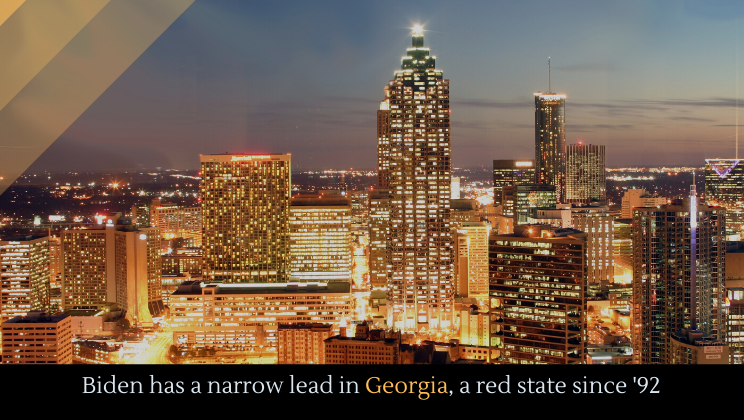 According to a recent poll, Joe Biden has a slight lead over Trump in Georgia, a state that has been red since 1992.

Other polls in key states show that older voters, one of Trump’s key blocs, are switching their allegiance to Joe Biden. Recent polls have also shown the majority of voters in key swing states disapprove of Trump’s COVID response. Those states, Arizona, Florida, Michigan, North Carolina, Pennsylvania and Wisconsin, are key swing states and recent polls have also indicated that Biden is more popular among voters.